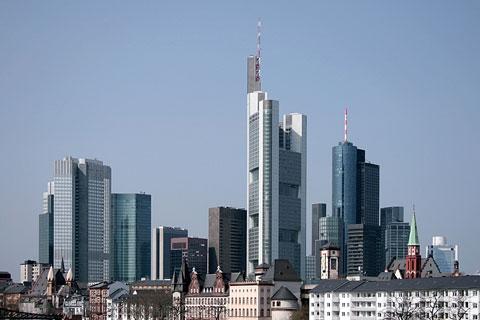 The European economy is a mature economy and is growing at 0.4 percent and EU integration is facing challenges. European states Brexit, Germany, Italy, France, like the US are facing populist movements challenges on a vast amount of issues -external debt, immigration tensions, the concentration of power, income inequality, a polarized electorate these movements have affected financial integration to one’s own detriment. One of the challenges for after Brexit vote is that private equity will have to now lobby the EU parliament. Concerning AIFMD rules on funds.

The Parliament and Council will try to sign off new rules on sustainable finance (including new reporting requirements for private equity investors and fund managers); on the powers of the European Supervisory Authorities (including who oversees funds’ delegation arrangements, and who supervises EUVECA managers); and on the cross-border distribution of funds (which will change AIFMD rules on pre-marketing). With MEPs looking for successes on which to campaign for re-election and departing European Commissioners looking to cement their legacy with tangible legislative achievements, these final few weeks of negotiating can often deliver unexpected progress for CRE markets in the EU. However global integration or inflows and outflows of capital must go on. Otherwise commercial real estate markets and financial system in mature economies can be devalued as a whole. Yet our worst fears of a global imbalance has not manifested in the global CRE market.

The EU mainland CRE transaction volumes are on course to exceed the 10-year investment average of 155 billion euros in 2018, as investor demand is stable for 2019. Even with prices at historic highs, 23% percent of investors believe that there will be no change, 36% believe there will be a slight strengthening and 35% percent believe a slight decline. In 2018 industrial was the top asset class 42% in 2018 has dropped to 21% 2019 followed by office at 29% percent and retail at (7.6%) and hotels(4.3%) percent. Alternative asset classes such as automotive, health care and student housing are most attractive by 37% percent of investors. In Europe, the primary investment FDI target will be Germany for 2019 and specifically the office and logistics properties in and around Frankford. The office market which is the main target as US banks make Brexit moves. In 2019 Logistic is already very popular with the past two years seeing record investment volumes. In 2019 we like the logistic properties in CEE-6 Markets which include Poland, Czech Republic, Romania, Slovakia, Hungary, and Bulgaria.

However, we believe that other key markets in mainland Europe are set to benefit from the population and rental growth also. H.I.G a leading global alternative asset management firm with over $30 billion of equity capital under management, announced the closing of H.I.G. Europe Realty Partners II (the “Fund”). The Fund closed with aggregate capital commitments of €673 million* ($760 million), well above its target. The Fund will principally make value-add investments in the small and mid-cap real estate sector in Europe. There have been challenges to raise capital for value-added investments in Europe. However, many funds focus on logistics that had a successful capital raise targeting logistics in CEE-6 countries. The level of demand for logistics around infrastructure would absorb all the current construction activity in the industrial sector in the Czech Republic, Slovakia Hungary and a portion of Romania. Developers are starting to respond to this new surge of demand in the CEE region. According to figures from Cushman & Wakefield, 2017 saw the total supply of industrial stock in the CEE-6 (stripping out Bulgaria) exceed the previous peak years of 2007 and 2008.

Growth in Poland has been particularly dramatic, boosted by proximity to German markets and closer integration with EU supply chains. The overall supply of industrial space in Poland in 2017 was nearly double that of 2016 (2.3 million square meters vs. 1.2 million square meters). The Polish market has also been boosted by a wave of major projects from large occupiers, including Amazon, H&M and Zalando.

Romania, has almost 500,000 square meters of supply from a virtual standing start just two years ago. Again, improved infrastructure has played a major role here, a major modern road building program well underway in the in CEE-6 countries.Asian money has not left the European logistic market for 2018-2020 for global Logistic Properties (GLP) has closed a pair of Europe-focused funds totaling $4 billion, following the $50 billion warehouse giant’s first foray into the continent last year.The Singapore-based firm set up the funds, GLP Europe Income Partners I (GLP EIP I) and GLP Europe Development Partners I (GLP EDP I), last December in tandem with its acquisition of European warehouse builder Gazeley.

Also, Paris, Amsterdam,Warsaw, Madrid, and Dublin will be interesting investment markets responding to office occupier demand from population growth. With the ongoing yellow jacket protest in highly leverage France demanding more taxes on wealthy. In 2018 European investors were in central London accounting for 40% percent of market share by price. In 2019, After Brexit and the decline of the pound sterling, CRE fund investors are hanging in the saddle, yet exit visas are imminent. As property fund managers are faced with redemption’s that exceed the pre-Brexit vote period. Warren Buffet says that you should buy when there is blood in the street”, the pound sterling has fallen 36% this means prime real estate assets should be in demand. Yet American, European, Gulf or Asian investors have not stepped up to invest in London.

In 2019 European private equity only 41 value-added fund managers were able to raise capital (PERE). London was down for 2018 but still finished the year as the number one market for CRE capital flow. London markets will be fine for the long term investors and the hotel market will continue to attract global investors but at a much slower pace. London is one of the most adaptable cities in the world. London was the inventor of Fintech and various tech advancements. The city is evolving to become one of the leading cities for scientific research and technology which will help stabilize office markets after Brexit. The majority of investors in London will be from Germany, Asia, and Gulf countries in 2019. Saudi’s $600B PIF sovereign wealth has announced that they would be opening new offices in London. In the 2018 Hotel sector, largest capital inflows were aimed at Europe led by the Middle East and Asian investors. In 2019 hotel investment in Europe will be on a slight upswing while US investors look to diversify their hotel portfolios across Asia-Pacific. Generalist Private Equity (PE) funds have collected approximately $30B to be invested across various asset classes, which should keep transaction volume in the hotel sectors afloat in the US and Europe. The commercial real markets in the US has the benefits of a growing economy in a slowing real estate cycle. 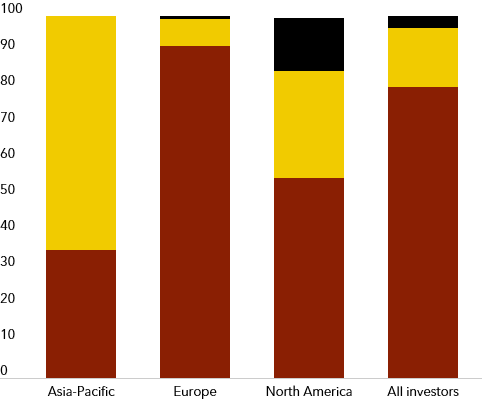 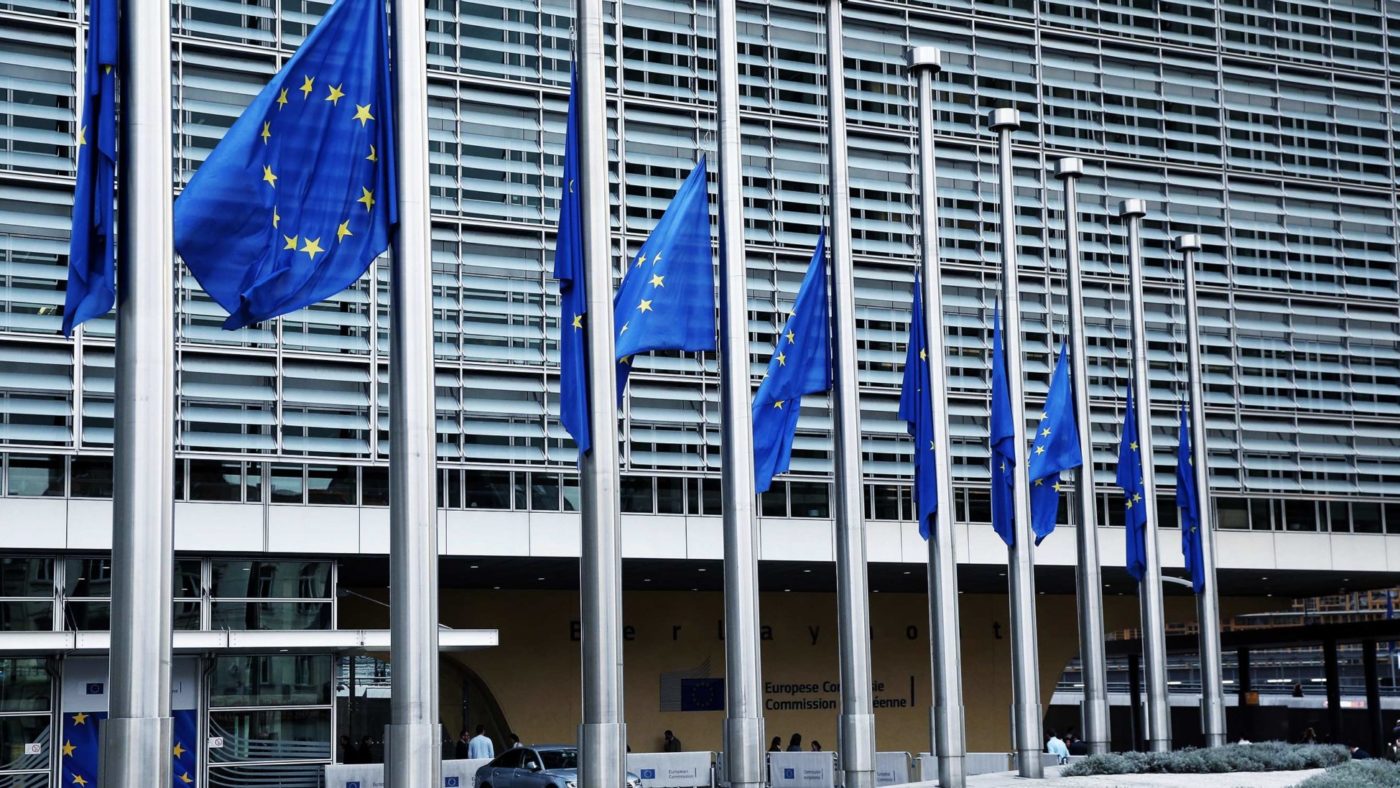 When asked by PERE” 15.7 percent of European investors are planning on investing in North America in 2019. When asked portfolio managers 35% percent intend on investing in the Asia-Pacific region. When asked 91.6 percent of European investors plan to invest in Europe. The problem appears to be that it is becoming more difficult to find value in commercial real estate in the US and Europe. Also, the lack of opportunistic property inventory in EU markets such as Germany. Lone Star one of smartest value investors that has a strong presence in Europe and is known for returning 18% to 20% percent returns. Has decided to cut its fund raising in half because they realize that we are late in the cycle and it’s hard to find large deals with value at the end of the cycle. Lone Star buys both loans and hard assets. However, when it comes to hard assets Lone Star is a net seller. They sold a portfolio of Hyatt hotels to Singapore investors ARA for $700M and in 2018 sold over $5B in assets, while only purchasing $276M according to Real Capital Analytics(RCA). Obviously, there is a bit of nervousness about both raising and allocating funds at this stage of the cycle. We love the home team but global investors are not trying to catch a falling knife.

Commercial Real Estate cycles are largely driven by human psychology and behavior. Global investors can learn to analyze the psychological state of the market through cultural and capital flow sentiments, but it requires a level of emotional detachment that most investors do not have. Successful investors must aim to be unemotional and discipline to exploit the various stages of the commercial real estate cycle. In every commercial real estate cycle all the trends and patterns are recognizable, accept your own sentiments and psychological behavior”(Mansoor).