Why There’s Insatiable Demand for US Infrastructure

The United States hasn’t seen a major infrastructure package since the Eisenhower administration. As a result, much of US infrastructure, from highways to waste treatment facilities and energy grids, has approached the end of its useful life and is in desperate need of upgrading.  While investment has historically been complicated by lack of federal commitment, a closer view of America’s infrastructure offers a more optimistic outlook. https://www.globalxfunds.com/insatiable-demand-us-infrastructure/?utm
INFORMATIONAL ASYMMETRIES AND GLOBAL INVESTMENT FACTORS IN THE US

Basar Global is working to create the world most knowledgeable global commercial real estate investors seeking to increase value and capital gains, we provide a number of resources to benefit our clientele. There has been various paper studies the role of asymmetric information in commercial real estate markets in the U.S. We propose a novel and exogenous measure of information based on the quality of property tax assessments in different regions. Employing direct and indirect information variables, we find strong evidence that information considerations are significant in this market. We show that market participants resolve information asymmetries by purchasing nearby properties, trading properties with long income histories. The evidence that the choice of financing is used to address information concerns is mixed. 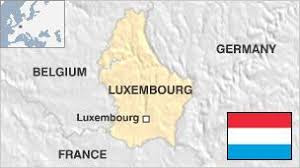 The most important of the unregulated structures for structuring real estate transactions is the Luxembourg société de participations financières (Soparfi) which is a Luxembourg holding and finance company.
Soparfis’ key elements are:

Providing certain eligibility conditions are met, a Soparfi can benefit from a full exemption from its taxable base for profit distributions received by it (including liquidation dividends) and capital gains realized in connection with its participation (ie investment) in other companies ultimately holding real estate investments. The principal eligibility conditions are as follows:

According to an IFC press release, the draft principles “integrate impact-investing considerations into all phases of the investment lifecycle: Strategy, origination and structuring, portfolio management, exit, and independent verification.”
Investors and asset managers say they welcome the draft principles, which were developed in partnership with others in the sector.In a statement, Andrew Kuper, CEO of LeapFrog Investments, described the principles as an “essential step forward in providing clear guidance to institutional investors” and said they could help address the issue of risk being “mispriced,” which is currently preventing some from embracing impact investing.
http://live.worldbank.org/global-launch-impact-principles?CID=IFC_TT_IFC_EN_EXT

The race is on to become the world’s leading Islamic fintech hub, with London and the UK putting in a strong bid

Financial technologies that comply with Islamic law, or Sharia, could help attract 150 million new banking customers in the next three years alone, according to consultants EY.But Pew Research points out that demand is set to grow well beyond this with the global Muslim population expected to explode from less than two billion in 2015 to almost three billion by 2060.Malaysia, the UK and Indonesia are leading the race, ranking first, second and third respectively by number of Islamic fintech startups, says Bloomberg Intelligence. However, fierce competition from Middle Eastern countries threatens their supremacy.

Al-Arab Group Enterprises (AGE) consists of several companies covering a wide area of businesses. With the growing and booming business capabilities in the Qatari market, AGE Chairman Ali Al Marri talks to Upper Reach about the company’s commitment to high quality and to Qatar
In terms of GDP, an increase to 400 billion is expected by 2022…How would you evaluate this growth and what is your forecast. On the other hand, FDI inflows from countries outside the region are still very low. Basar Global Group of New York, a global real estate services company, and AGE signed into a mutual alliance to service clientele in the Americas, Europe, Middle East, Africa and Asia. What benefits bring these kind of international joint ventures to AGE?
Basar Group is one of our business partners in the United States. We together are linked with some companies in Europe and in Middle East and trying to trying jointly to go into different countries in Europe and other part of the world. We learn from each other. In Europe for example, http://www.theworldfolio.com/interviews/committed-to-delivering-high-quality/3582/

Basar International Group a private sales company is global investors unique real estate investment opportunities from the worlds two leading economies. The investment opportunities are located in a resort area in Hangzhou China and the most exclusive shopping area of New York city they include a world class hotel resort spa in China and a mix use office tower with a highly valuable retail component in New York city. Both assets are best of class and are being offered in a private sale to select group of international investors and sovereign funds .The world class hotel asset is the 102 meter tall 5 Star Sheraton Huzhou Resort and Spa. The spectacular building evokes a giant ring and was conceived by the architectural firm MAD and is located on lake Taihu. The oasis offers one the worlds unique hot springs within a magnificent skyscraper. Only the Qatari Investment Authority owned Al Shard Tower in London and the DC Tower in Vienna are rank above the Huzhou Sheraton according to Emporis worlds top skyscrapers .The property is centrally located between the Shanghai and Hangzhou airports.
http://www.gulfnews247.com/2015/07/15/basar-international-group-offers-gulf-funds-trophy-property-investment-in-china-and-new-york-city

Sharia funds and Sharia-compliant investments are of increasing interest to global Islamic investors and financiers (both Sharia-compliant and conventional). In particular, financiers see the potential to create products aimed at sovereign wealth funds and high net-worth individuals in the Middle East and other Islamic countries.
While many Middle Eastern investors are still willing to put money into conventional investment funds, there has been a marked growth in the numbers of investors who wish only to invest in Sharia-compliant investment funds.
According to the May 2009 Ernst & Young Islamic Funds & Investments Report, Sharia sensitive investable assets in 2008 in the Gulf Cooperation Council (GCC) and Asia touched US$736 billion (as at 1 November 2010, US$1 was about EUR0.7). This translates into a potential annual revenue pool of US$3.86 billion for the Islamic asset management industry.
An article entitled “Key Trends in Islamic Finance 2008” on www.eurekahedge.com states the overall assets under management in Islamic funds are roughly US$59 billion (considering non-reporting funds). The average fund size in Saudi Arabia now stands at US$170 million and in Kuwait this is US$100 million. In contrast, the average fund size is US$44 million and US$10 million in Malaysia and Indonesia respectively.
Before the credit crunch there was evidence of the increasing appetite for geographical diversification, with global mandates growing from 19% in 2006 to 34% in 2007.
Innovative structures have also developed, including funds of funds, exchange traded funds and listed real estate funds.

Basar International Garners 1.2 Billion in off the market Hospitality Deals

Basar International Group a Real Estate Services and Investment company that specializes in Private Sales is offering 1.2 Billion dollars in Hotels deals.The deals include hotel acquisitions,hotel development parcels with right to build,and several 5 star Hotel/Condo joint venture projects.
All of the deals are located in major gateways cities throughout the United States and the Carribbean.The unique niche in off the market private sales(OMPS) is that you must targeted the correct buyer or JV partner. Often this requires that you already having a strong relationship with international and domestic investors,a precise client profile and extensive property data on various asset that the investor has already acquired or is interested in acquiring or developing. The partnering aspect of the off the market private sale(OMPS) requires efficiencies and capabilities to close sometime very complex joint venture deals”says Bilal Mansoor Presdient of Basar International. “Also the seller must have a thorough understanding of the value of the hotel asset that is for sale and I find that in the fiercely competitive hotel market that most off the market deals are fairly priced” .Many investor’s find the bidding wars for hotel assets daunting, especially our foriegn clientele.
To give the industry some ideas of the various properties that are being offered in the 1.2 Billion Private Sale we have a list of typical(OMPS) deals that we are currently marketing worldwide:

famous Baku Hotel Landmark Baku, located in the city center, according to foreign media. According the Middle East Business Portal AMEinfo, Basar Group being one of the largest agencies on “closed” transactions of real estate, now has a rich selection of proposals from New York to Baku. As noted in the information, the company offers its customers (mostly businessmen in the Middle East) the 5 -star hotel in Baku, comprising 115 rooms. The complex includes two “A” class office buildings for $ 135 million. This also indicates that, if desired, each of the buildings can be purchased separately. However ADEinfo does not specify whether the amount of $ 135 million is the price for all 3 buildings or this amount must be paid for each of the buildings separately. “The total building area is 61,000 sq.m. Currently, the net income amounts to about 15-20 % of the capitalization of the object “, the information states. It also contains a description of the success of the Azerbaijani economy , showing a growth rate of about 8%. “The complex can be a great asset to the hotel chain that wants to establish itself in the rapidly growing market. Tenants of the office space are now hundreds of companies from the list of Fortune, and the city is called by the Dubai of the Caspian Sea by many”, the online edition says. Sources in Landmark Baku told 1news.az said that they cannot comment on the information due to the absence of management.

Nadja Brandt
November 5, 2012, 2:39 AM EST
Four Seasons Hotel New York owner H. Ty Warner received a bid for his 368-room luxury hotel in midtown Manhattan for about $900 million from an unidentified Asian buyer, according to a person close to the situation.

The unsolicited bidder is probably affiliated with the government of Brunei, the kingdom located on the island of Borneo, said the person, who asked not to be identified because the negotiations are confidential. If a deal is completed, the buyer would terminate the management contract held by Four Seasons Hotels Inc., the person said.

Diamond Palace Hotel in San Juan Puerto Rico goes to Market
1min
Basar International Group and BSD Equities is offering investors and developers a unique opportunity to enter the San Juan market in Puerto Rico. The Diamond Palace Hotel is a rare investment opportunity in market that has a high barrier to entry.
The Diamond Palace Hotel is located in the heart of the San Juan tourist and business district. Just a few blocks from the convention center and one block from the beach. The thriving tourist area boasted a 76% occupancy rate during the height of economic/tourist downturn of 2009, with 1 million room registrations for the year.
The location is idea for investors and would be exceptional for a timeshare facility for travelers seeking an offshore Caribbean retreat .To create a greater return on investment, the owners have successfully worked with Puerto Rico laws to remove union labor which required a (6 month closing of the casino and parts of the hotel facility.)
For developers the property sits on 24,000 square foot print that is idea for development of a 300-400 key first class flagged hotel and casino with global registration network ” this approach would be the key strategy for a developer in a market that already has head count” says”.Bilal Mansoor of Basar International Group.
The Diamond Palace Hotel consist of (two buildings totaling approximately 112,000 square feet, with a 151 room keys,they include 118 deluxe rooms and 33 ocean view suites,2 restaurants, pool and swim bar, 2 conference facilities, lobby, casino with 216 slot machines and 8 game tables.
The hotel and casino asset is appraised with proposed renovations at over $45,000,000 US dollars. The owners are seeking a $17.5M joint venture partner or an outright sale of the Diamond Palace Hotel and Casino.
Asking Price: $35,000,000 US Dollars
If interested please contact Bilal Mansoor 267-258-5220 or Charles Glatter 917 -612-7222 and we will forward NDA agreement and complete offering.