In 2018 the US is a mature economy and is growing at 3.4 percent with average income $59,600, inflation running at 2 percent with wage growth, strong consumption and a decreasing labor market and the most financially integrated system in the world. Despite being the foremost power– after Trump’s presidential election in 2016 his home bias policies and rhetoric have raised challenges and questions- whether temporary home bias economic advances are actually forms of global arrested development. The US faced challenges on a vast amount of issues -external debt, racial tensions, the concentration of power, income inequality, a polarized electorate and national security issues from numerous wars.

In fact foreign direct investment in the US has dropped every year since the election. Net foreign investment in the US -or total investment through acquisitions and direct stakes in real estate like production facilities and research centers has slid every quarter since 2016 Foreign Affair magazine. It appears to the world that the US in no longer a safe haven” writes Adam Posen head of the Peterson Institute. The net FDI dropped 65% percent in US to 51.3 billion in the first quarter of 2018. This number is a 37% percent decrease from the same quarter in 2017.Under the name of national security and trade barriers targeting China.

But the policy has effected every nation other than China who made a” stage left of the global chess board”. The idea is that other countries would rush in to invest, however it appear by the data it cause more capital flight. While the US trade gap is expected to surge of $620B in 2018 another record.The US congress is about to expand the US ability to examine foreign investment into American assets including acquisitions under the name of protecting intellectual property. The question is has US political sentiments and economic issues affected the current global commercial real estate(CRE) cycle and the strategic move to global portfolio diversification.

The commercial real estate(CRE) markets in North America are strong but rather static, noting that transaction volume has increased only 0.6 percent year-over-year. Although New York remains a top target for capital, investment there was actually a declined of 3.4 percent in 2018. The 18 percent surge in CRE investment owes itself to Asia. Asian buyers were behind 45 percent of all cross-border investment. As long as the Fed balance sheet is on autopilot and data-driven it is possible that the fed may raise rate or cut rates. The top cities for foreign direct investment(FDI) for 2018 were New York, Los Angeles, London, Paris and Hong Kong with San Francisco, Washington, Tokyo, Dallas, and Chicago.

In 2018 US CRE transaction volume was up 23% quarter year over year, totaling $361B year to date. In fact, a few M&A deals and Canadian investors kept the US cross border activity from a major decline. Concerning inbound capital flow, the retail sector was the leader up 739 percent driven by the $25.6 Billion Westfield- GPP Merger deal. Industrial investments skyrocketed 100% to $11.4B year over year during the same period. Beyond retail and industrial, transaction volumes in other sectors declined central business district office down 24% to $12.4B, suburban office down 18% to $8.6B, and hotel investment down 16% to $5.4B. Canada bumped China is now the fourth-largest foreign investor in the U.S., accounting for $5.8B in investment so far this year. France came in second at $8.7B in total transactions, according to RCA data, with Singapore coming in third and Germany fifth at $7.4B and $4.9B in total transaction volume for the 12 months through October. In early 2019 most expensive primary markets have cracked, London and now Hong Kong CRE investment are down 27% percent year over year to 126B HK$( $16 Billion US).

The credit window can go from “free money” to “slammed shut” overnight. Small changes in CRE fundamentals such as pullbacks by cross border investor can trigger big shifts in tier one markets, with a turn in investor sentiment providing the catalyst for a downturn. In 2019 the Goldman Sachs look into various historical catalyst or drivers of recession they included oil shocks, industrial shocks, inflation leading to aggressively rising rates, rising rates, fiscal tightening, and financial imbalances.

Basar International Group research team is focused on creating value through results and helping portfolio managers looking to sustain asset values by absolute transparency on any possible risk of asset deflation from the greatest bull trap based on leverage, known to man.

Global investors should be considering some global diversification and portfolio deleveraging in the US/EU markets because of the negative yield curve which in 5 out of the last 5 cycles predicted correctly a US recession 18-20 month away. Another area of risk for portfolio managers of paper assets such CLO’s and CDO’s collateralize loans or the debt burden corporate bond risk. These corporate debt instruments led all portfolio returns in 2018 and institutional money has been divesting from real assets to paper assets since 2016-2021. Another challenge to capital flow is the highly leveraged CRE markets many of the dollar surplus countries have large infrastructure projects at home such as China, Saudi Arabia, Singapore UAE and the EU which have historically underpinned the US commercial real estate market valuations. The US once the dominated global trade supply chains for commodities which attract US CRE investment and support the dollar as the global reserve currency. However, the global trade supply chain for real assets is now control by China and the EU holds the largest trade surplus. These dollar surplus countries traditionally saw US dollar CRE assets as a safe haven from risk, so these countries would reinvest their surpluses in US CRE markets. Today the surplus dollars countries have been slowly decreasing their dollar reserves building smart cities adding value to their own economies by investing in mega infrastructure projects. As they watch the US Fed take dollar reserve printing speculation, debt, and unorthodox economic policy to new heights. The current strategy for the US administration is to weaken the strength of the dollar to stay trade competitive. Many investors says as long as the dollars dominates 55% percent of global central bank reserves thru 2023, the home team has no reason to be concerned, with the scale of the US economy there is no end to its ability to borrow and fund the deficit.

The creation of the euro has been the most successful attempt to reduce the dollar’s global hegemony. Many analyst think that leverage will eventually unwind in the $1.2 trillion dollar corporate bond market on CLO’s rated below BBB, this will occur when corporations begin to default on loans. After the trade war side effects show up on balance sheets, many US banks will be hit hard. Since the federal reserve has expanded the balance sheet investors have went deeper into speculation and leverage products. London holding the dominant deravitive position while facing challenges from Brexit and political polarization. The Brits have been sent a warning from Moodys concerning the $2.5 trillion of public debt, and not to mention the potential correction in derivative market. Although, the derivative risk is only a notional percentage of what is the actual total amount in the speculative global derivative pyramid with London and Germany holding the largest book of bets in Europe, for example Deutsche Bank is holding $42 trillion. Below is the liquidity chart of global paper assets held by the worlds paper billionaires. Considering the risk of a correction on deck with paper assets many investors would prefer to be holding commercial real estate assets even with the challenges around liquidity. 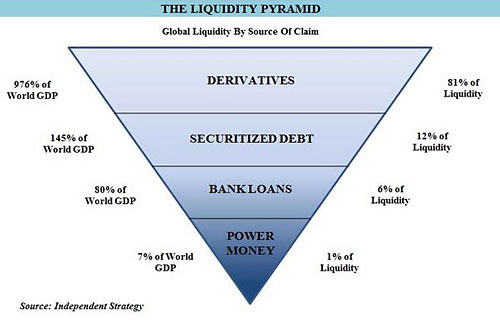 Liquidity, is a critical gauge of investing risk directly in global commercial real estate ( CRE) markets. Very few emerging market cities have a well develop transaction average. Liquidity is a key determinant of pricing when investing directly property markets. Accurately measuring liquidity in global property markets has previously proved to be a challenge for investment managers, compared with real estate equities, where real-time pricing and market-making is constantly available in a liquid global equities markets. In peak CRE pricing cycles many investment managers shift focus to liquid equities or begin diversify to global markets. In 2018 there were four U.S. commercial real estate markets, five European markets and one from Asia Pacific that were in the top 10 most liquid commercial property markets in the world, according to the latest edition of the RCA Capital Liquidity Scores. New York- (Manhattan) was top of the ranks once again, with its score increasing from a year prior. It was joined in the top 10 by Boston, San Francisco and Chicago, the year-end 2018 rankings . For example When institutional investors left the NYC market in 2018, the NYC market will showed a marginal transaction decrease. The 5 Wards district of Tokyo was the only Asia Pacific market at the top of the list of 155 markets covered by the report. Berlin, Frankfurt and two Paris markets featured at the top of the list. Central London was in the tenth spot, its liquidity score dropping from a year ago 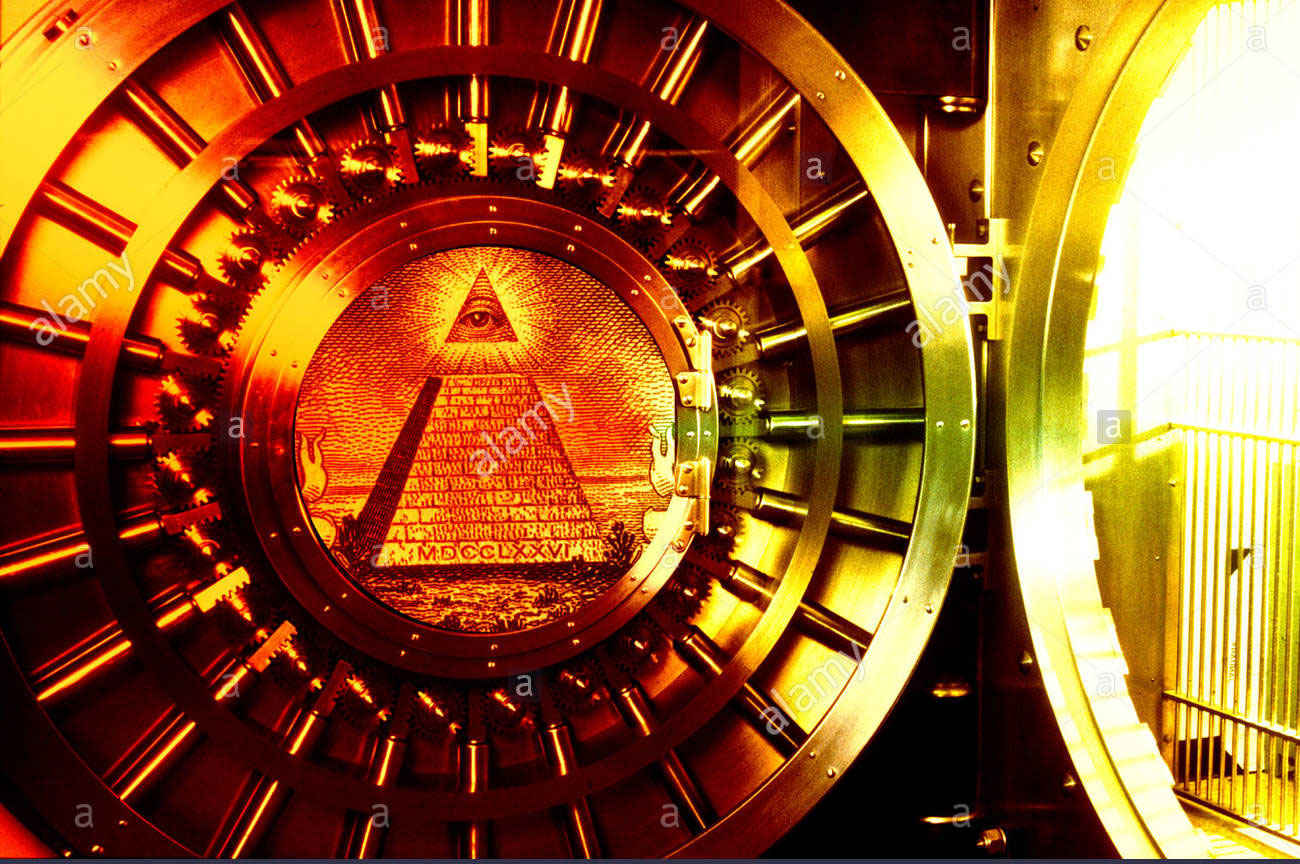 In 2019-2020 the US commercial real estate transaction volume will show a marginal decrease of 12% to 17% and in tier 1 markets transaction volume will show marginal decrease of 10% to 15% from pricing diversion between buyer and sellers. In New York city the ultimate tier 1 market the total investment sales will not exceed 2046 transactions in 2019 with the majority of transaction focused on office and mixed use developments. Our estimated yearly transaction number of 2046 one transaction will put it in line with 2012 numbers. The multifamily rent controls have effected the market in Manhattan while the opportunity zone has help to keep the NYC market from greater declines.