Today China cannot find value in US/European markets which have led them to globalize towards emerging markets which has a growing GDP. In 2016 they were increasing outbound investing to the tune of $41.5 billion and in 2017 they topped that outflow at $42.5 B outside of China. By 2018 China outflow fell to $23.6B the lowest figure since 2014. In the UK China investment drop from $7.5B to a paltry 580M dollars. Many experts say that China has a problem with internal debt, while others say it is a question of value in mature economies.

However in 2017 China invested $53B in Dubai UAE in the nonoil sector an increase of 33 percent spread across sectors including real estate, retail trade, financial, construction, transportation, and storage. They also sign a major investment deal with Saudi, Russia, Pakistan, India, and Africa.The government debt in frontier markets averages around 45% of GDP – half that of developed countries such as the US and Europe- so does the economic risk in the east or the west. Hong Kong is the worlds most expensive market– below is land plot that is top asset for sale in 2019 at HK $100B. 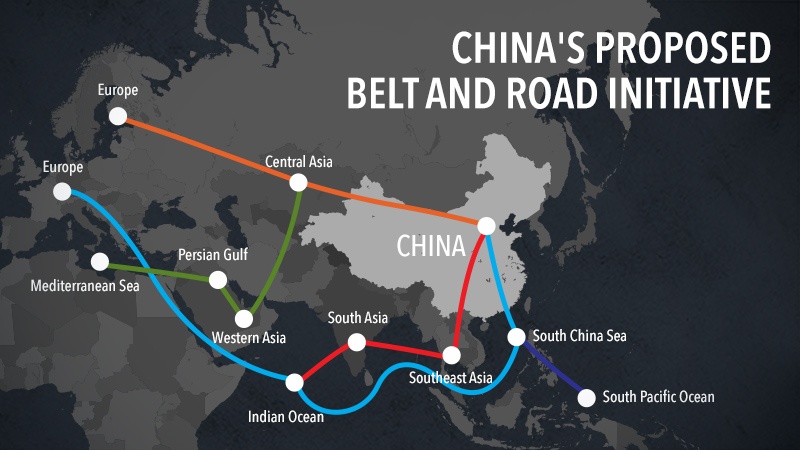 US.- China relations and outlines trends will drive China’s economy in 2019. The China economy is a transitional economy and is growing at 6.5 percent with average income($16,6800). The message is that China is seeking to globalize towards emerging economies along the Belt and Road. At home, the Chinese consumer story should continue to be supported by strong income growth, mild consumer price inflation, high household savings, and low household debt. Concerning home bias portfolio managers, the Chinese own 97% percent of their CRE assets. The China vision is One Belt, One Road initiative aims to link the economic circles of East Asia and Europe by land and sea to partners in Asia, Europe, and Africa. The $1T dollar infrastructure strategy integrates 71 countries and potential $6T in the capital flow of good and services to over 3 billion people, with $46B going to Pakistan infrastructure.

China led all Asia Pacific markets in sales of income generating properties in 2018, taking the top spot for the second year in a row, according to a report by market data provider Real Capital Analytics (RCA).Mainland China’s sales of income-generating properties tallied $31.2 billion in 2018, down 14 percent from the $36.2 billion in 2017, but still 8.3 percent ahead of Japan and Australia which tied at $28.8 billion.China Comes Out on Top Despite Slowdown caused by the deleveraging process in the mainland.The decline in Asia’s largest income property market is accelerating, with 2018’s decrease in volume compared to 2017 outstripping the previous year’s decline by 57 percent quicker, due in part to a tighter lending environment.

Although China’s investable CRE was valued at $3.9 trillion in 2017, the second highest in the world, the country’s Transaction Activeness Ratio or TAR remains relatively low. The index refers to the ratio of annual investment transactions to investable real estate value, which can be quoted as an indicator of market liquidity. Along with other BRIC countries, China is still in the low-liquidity phase. With its investment market continuing to mature the market is projected to shift into medium-liquidity phase around 2025. In 2019- 2020, investors are advised to focus on urban regeneration projects in first-tier cities, tap into the shift of high-potential CRE investment markets into maturity phase, and explore new opportunities brought by the establishment of the new special economic zone of Xiong’an New Area and the Belt and Road Initiative. One of biggest real estate deals is in Kowoon for 100B all eyes are on a prime commercial site sitting atop West Kowloon’s high-speed rail terminus as developers line up joint bids for what should be Hong Kong’s most expensive property to ever go up for sale. 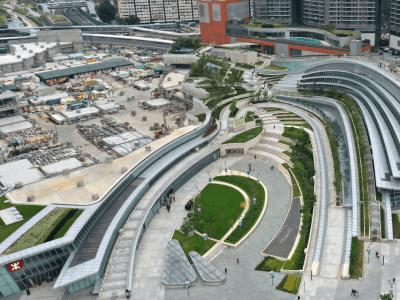 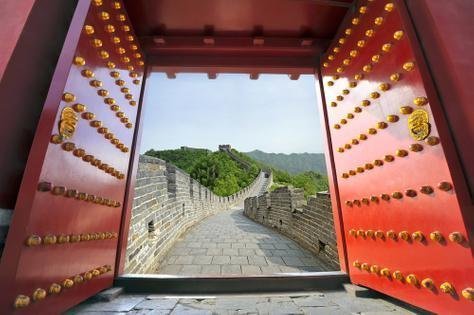 By 2020 it is estimated that Shanghai and Beijing will take up 60 percent of the total trade volume by, while Guangzhou, Shenzhen, Chengdu, Chongqing, Tianjin, and Wuhan will serve as markets with the high potential to account for 36 percent of the newly added transaction volume. By region, the Asia-Pacific (excluding China) accounted for 75 percent of the cross-border deals, the Americas for 18 percent, and Europe for 7 percent. The fact that a high proportion of investment comes from the Asia-Pacific should help mitigate the impact of possible reduced interest from investors in the Americas. Global and regional investors may also focus on value-added property investment in the first tier cities.Value-added approaches include the acquisition of under performing assets for upgrade or conversion, focusing on providing greater flexibility, better user experience, and improvements through better design and technology. The most successful investors will be those who select the right property assets, requiring detailed knowledge of local markets and are able to demonstrate a high level of asset management expertise. 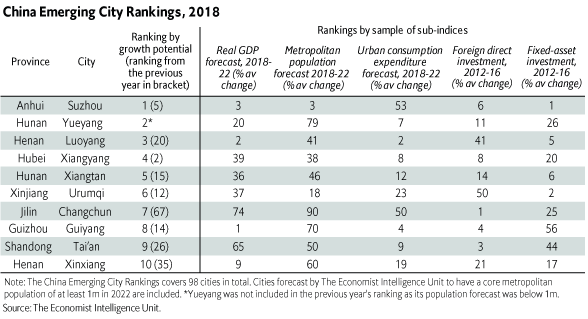 Private-equity firms have many ways taking advantage of the de-leveraging process by utilizing debt vehicles and avoiding informational asymmetries, PAG Holdings Ltd. a Blackstone affiliate may have found a unique model in its loan to HNA Group .The cash-strapped Chinese conglomerate has pledged most of its stake in a Hong Kong-listed unit in exchange for funds. The size of the advance wasn’t disclosed, but the 1.39 billion shares in Hong Kong International Construction Investment Management Group were valued at about HK$3.1 billion ($394 million) when the HNA-controlled company took out the loan.The greatest opportunities for global investors is in Asian markets appear to be around Chinese infrastructure, logistics, and office space. Foreign investor should be able to take advantage of a de-leveraging process that is evolving in China. There are unique opportunities to take advantage of in the expansion of artificial intelligence and the roll out of G-5 in 2019. This will create a greater demand for state of the art office facilities and logistics space.That’s why Alibaba is putting more robots into the logistics warehouses it runs with several Chinese delivery firms. For robots that’ll fetch and carry stacks of goods, e commerce behemoth Alibaba, through its Cainiao spin-off, turns to a local startup named Geek+. It makes these robot shelves: 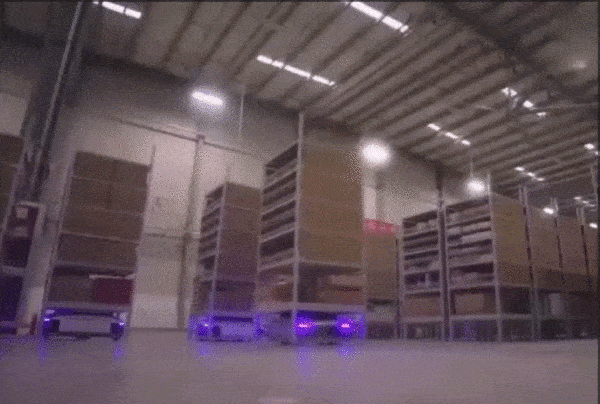 Investment conditions for the top deal-makers in China will remain challenging which will open up the opportunity for global investors with long term strategies. Searching for distressed assets will probably be one strategy for foreign investors in Chinese commercial property in 2019. The best strategy for international investors maybe considering joint ventures. Home bias money has been very quiet in China over the last two years and foreign money is growing their portfolios in China. Blackstone, and others were looking at core assets in 2018. Shanghai, Beijing, Guangzhou, and Shenzhen, were the primary targets for foreign investors last year with institutions and individuals putting RMB 94.6 billion core assets last year. In all foreign investors accounted for 45 percent of commercial real estate transaction volume in China’s largest cities. The transaction volume was up 25 percent year over year. The largest deal was completed in Shanghai by GIC and CapitaLand’s purchase of the Star Harbour Centre for RMB 19.78 billion. This was the largest deal in China’s commercial real estate market for 2018. Gaw Capital’s sale of Pacific Century Place in Bejing was the second largest CRE transaction in 2018 RMB 96 billion worth of investment was led by foreign investors, a 32 percent share of major transactions. The U.S.- capital inflow to China CRE was RMB14 billion (approx. US$2.1 billion) while the Chinese outflow into the US CRE ended the year as net buyers at $ 2.8 billion US dollars. For both investment markets, the total capital net flow was at best window dressing for future capital convergence.

Some say this convergence is at risk for portfolio managers who has position some of their capital allocation in speculative high yield derivatives and listed companies. One of the most extreme arguments for cutting China off from American capital is being advanced by Presidential advisor Navarro, also outside advisers like Steve Bannon and Kyle Bass is that U.S. investments in Chinese companies or on China’s exchanges mean that Americans are unwittingly giving financial support to the Chinese Communist Party and a rising strategic and economic rival.It’s a group that advocates for total economic decoupling as a way to secure America’s national security. The US investment community is hoping that China and the US come to terms and settle the trade dispute and that China open it CRE markets based on the global rule of law. The US and EU are sitting on $15T in  bank notes in a negative rate investment environment in search of sustainable yield. Some managers feel that southeast Asia CRE markets may not be developed or  large enough to absorb the scale. In the case of India the financial integration of such large sums of capital may be a challenge to market liquidity.While some administration officials see the national security card as giving the U.S. more leverage in the trade negotiations, others are working hard to ensure the two are kept separate. At the same time, the administration is hesitant to move forward on this out of fear that the already fragile economic relationship between Beijing and Washington could collapse. Others say that if the US  creates a trade war with China Europe and Japan the the three largest trade surplus countries at this stage of the investment cycle, in essence the US is walking into a bear trap for the dollar as the global reserve currency.